As many of you know, we decided several months ago to create a social media platform using the Digital Dozen group.  Leslie from Work Play Polish has been a part of the Digital Dozen since the beginning.  She decided she needs to leave because, if you are following her you know, she has some amazing collaborations in the works and working full time and spending time with her family are also life priorities.  Simply put, there isn't enough Leslie to go around.  So, as a goodbye, we decided to recreate one of her manicures.  Ummmm, seriously?  Why don't we just try and recreate the works of Picasso.  That might be a tad easier.  So here is my weak attempt at trying to recreate this (which I have been totally in love with since I laid eyes on it).  I used some random striper polishes I have had because I thought that would be easier and create a different look from the original.  It still took me 1 1/2 hours and I only did four fingers. I was happy with it but it pales in comparison to Leslie's. 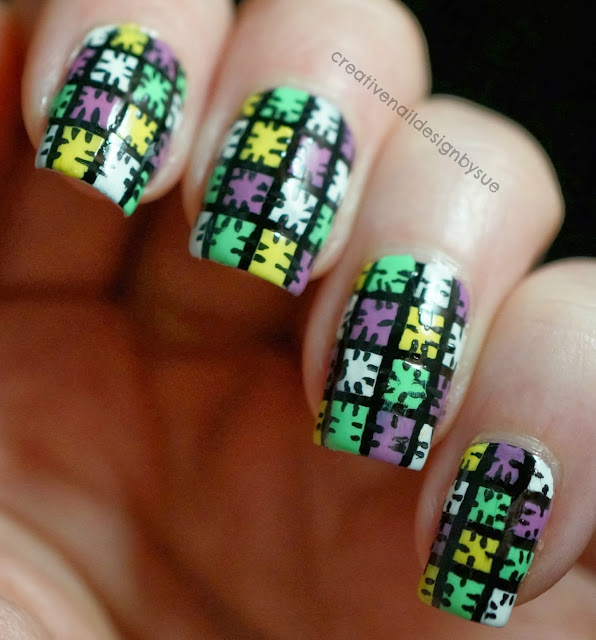 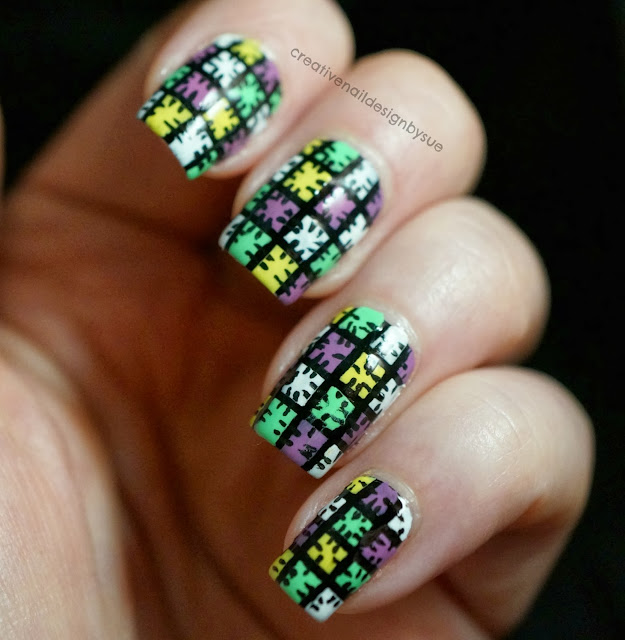 Good luck Leslie in all your future endeavors and I will happily be cheering you on from Facebook, Instagram and Bloglovin.  here is a look at the rest of the recreations......
﻿
Posted by sue at 6:47 AM